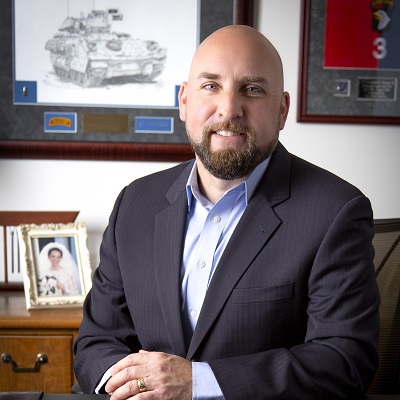 Howard H. Hoege III has served as the President and CEO of The Mariners’ Museum and Park since 2016. After graduating from the United States Military Academy at West Point in 1994, Howard served as an infantry officer and later a JAG officer in the Army. During his service, Howard graduated from U.S. Army’s Ranger School in 1995 and served with the 101st Airborne Division (Air Assault) in Iraq from 2003-2004. After he left military service in 2008, Howard served as an investigative Counsel on the Senate Armed Services Committee, an Assistant Dean at the University of Virginia’s Frank Batten School of Leadership and Public Policy, and ultimately founded a leadership and strategy consulting firm before joining the Mariners’ Museum team.