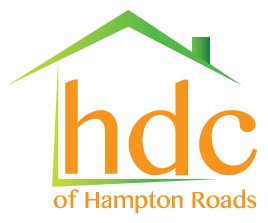 Can you think of anyone who does not want a place they can call “home”?

Watch HERE to learn more, or visit our website HERE.

Sam served our country in the Air Force as an environmental systems aircraft mechanic.  He was on active duty during the Vietnam War and served in Guam.  In 1979 when crossing the water, a huge wave slammed him and his partner into a coral reef wall, resulting in an infection that caused blood poisoning in his leg and led to hypersensitivity vasculitis. In 2009, his leg had to be amputated. Shortly after being discharged from the Air Force, Sam was married.  It wasn’t until his son Joey was born with chronic kidney failure that Sam turned to drugs to cope with the stress of raising a sick child. His wife left him and took their child.

Sam lived in a tent for 6 years where his time, money, and efforts were spent getting and smoking crack.  While walking down the road and noticing his own horrible reflection in a car window he had an “epiphany”.  He called the police on himself and ended up in a hospital, which ultimately led to his being clean off and on for 10 years. In March 2016, Sam suffered from a double pulmonary embolism. He flat-lined 4 times that day but was miraculously saved. The hospital reached out to his cousin Darlene who was listed as his “next of kin” and they were reunited after 30 years of no contact.  She brought him from South Carolina back to Virginia in August of 2016 after he recovered from his traumatic experience.

Sam now resides in a home owned by the Housing Development Corporation of Hampton Roads.  He lives with his 9-year-old registered emotional support dog Buster right down the street from Darlene. Though Sam considers himself “damaged goods”, you would know if you ever meet him how very special and extraordinary this individual is. It is people like this that the Housing Development Corporation of Hampton Roads strives to help with affordable housing.