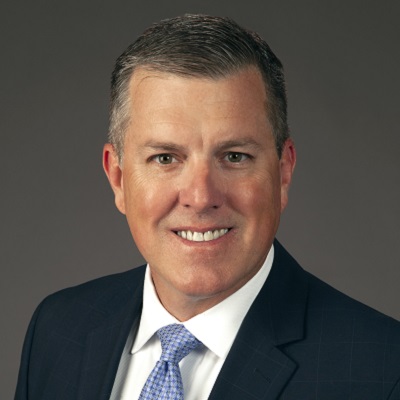 Rus Hayslett was named vice president of Operations for Virginia Natural Gas in April 2019. In this role, Rus provides strategic leadership and direction for VNG core operations, including field service and distribution as well as responsibilities for regulatory compliance and system integrity.

Following roles with Columbia Gas and Scana, Rus joined VNG in 2010 as Director of Regulatory Compliance, System Integrity and Corrosion. In his most recent role as Regional Director, Rus was responsible for the company’s operations for all portions of the VNG service territory.

Rus earned a Bachelor of Science Degree in Civil Engineering Technology with a Minor in Engineering Management from Old Dominion University. Rus served as Chair of the Distribution Operating Executives Committee with Southern Gas Association, and currently serves on the Executive Committee for the Virginia Peninsula Chamber of Commerce and on the Executive Advisory Board for the Batten College of Engineering at Old Dominion University.  Also, Rus is a 2021 graduate of LEAD Virginia.

Rus enjoys fishing and boating on the James River and the Chesapeake Bay. He also has a passion for restoring old boats. He lives with his wife, Carey, and their two children in Smithfield.